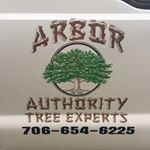 Your feedback is important.
Please consider leaving us a review by clicking the link below.
Thank you!

We have only good things to say about Jay and his crew. All professional and friendly. Clear on what was going to happen. Went above and beyond on accommodating our needs. We hated for our old red oak tree to be taken down but it was a necessity due to it was dieing and posed a danger to us and our home. Would recommend them for any size job.

Have had them do work for me three times they have always given me a fair quote and stuck by that quote. They are professional and polite and do excellent work I give them 6 stars if I could.

Great team of professionals. I had a few large trees that were in danger of falling on my house. They were removed carefully. Jay is a skilled arborist and can spot additional problem trees to keep an eye on. He and his team really understand customer service. Rare commodity these days!

I highly recommend Arbor Authority! We had two large trees we wanted removed and carried away. We also wanted stumps ground and removed so we shopped around a little before deciding on who to use. After contacting Arbor Authority, we looked no further. When we called Arbor Authority, they sent someone out the next day to give us a quote. Not only did they give us a time frame for when we would actually have the work done, they also gave us an exact price in writing, that was about $400 cheaper than one of their local competitors. Jay Hobson and his team showed up when they said they would and were awesome. They took down both trees, hauled away the wood, and ground the stumps in about 2 hours. They cleaned up the area where they worked and you couldn't even tell they had been there other than the trees were gone. They didn't even leave as much as a divot on our green grass. I am so impressed with Jay Hobson and Arbor Authority and will definitely use them for all my tree needs in the future. Again, I highly recommend them.

Done an excellent job cutting down trees and cleaning up. Recommended to anybody.

I have used Arbor Authority on several occasions. Jay and his crew are professional and did a great job of tree removal and clean up each time I needed them over the past 4 years, they performed just as I expected. Jay's crews were very careful not to harm surrounding plants/features and kept off the lawn with any heavy equipment. AA is everything you could expect from a Tree Felling/Removal crew. My neighbors have used Arbor Authority and I would recommend AA to anyone.

First experience was 13 years ago. We have used Arbor Authority multiple times since. Why? Because they are the best. On time and professional at a very fair price. Best thing -They clean up everything and leave the work area looking like they were never here.

If you have trees that endanger your home and starve your lawn of nutrients and sunshine, call these guys. They removed approximately 20 trees from our property over a two-day period last week. Their 5-man crew was fast and efficient. The trees were in a very narrow corridor between an 8-foot high privacy fence and my neighbor's property. They trimmed and dropped all the trees without ever damaging the fence. They used a bucket truck, a chipper, a bobcat, a logging truck and a bunch of chainsaws. They removed the logs and mulched all the branches and thoroughly cleaned up when finished.

Arbor Authority came and did our neighbor's yard, and with the quality work they did over there, we just had to get their info to clean our yard up. Jay came over and gave a quote, and when we were finally able to have the work done, that quote was honored. Expert tree service and wonderful customer care! My yard looks fantastic thanks to them!

Great Company and Jay knows exactly what he is doing! Did a great job taking down 3 trees around 60 feet tall next to the house. I got 4 quotes and went with Arbor Authority. I would use again and definitely recommend!

We have had Arbor Authority do several jobs for us including a major tune up today. They removed trees pruned our front tree area. Prone trees in the backyard and cut and prune a hedge row that was out of control. Their work has always been five star. His people are hard working, polite and extremely professional. Clean up is impeccable. I would highly recommend them. Jim MacMaster, Maysville

Excellent service!! All workers were professional and took great care of my property. All of my questions were addressed and explained to my understanding. Scheduling was quick and on time. Would recommend to anyone.

The arbor authority was referred to me by a friend and I have been completely satisfied with their professional care. I called and they came out and gave me an estimate and a date for the service. They did exactly everything they had promised. I would gladly recommend them to anyone else. Ruth Ervin.

Hobson trimmed our large maple that was hanging over our chimney. He did an awesome job and cleaned up very professionally even in the rain. We highly recommend this business.

Arbor Authority did wonderful work on my 5 acre yard and they also took great care with my Japanese Maple, it looks fabulous!

We have used them twice and excellent company. On time, works hard, and great work!

We have used Arbor Authority several times. We would recommend their services. They were professional by listening to what we wanted. They were always on time, worked diligently, and careful to do no harm. They were reasonably priced. All of the workers were respectful. They left our property in very good order.

October 2019 Arbor Authority cut down four trees and trimmed dead limbs that were dangerous. They are experts who do the job safely, timely and at a fair price. The cleanup was fantastic; you could hardly tell that they had done so much work. This is our fourth time using their services.

We are very pleased with the work Arbor Authorities did for us. We had 15 hardwood trees cut down totaling 96 tons of logs hauled out and 7 stumps ground. We were impressed how they cleaned up afterwards. They were all very professional and very attentive to any concerns we had. Our parents had used Arbor Authorities for a previous job and they were also very please. We will definitely be calling on them again and referring them to others. Great job!!!

We have used Arbor Authority over the past 20 years for removal and trimming of our trees in the Antrim Glen Subdivision in Hoschton, Ga. I can attest that Jay Hobson and his crew are the most competent and professional tree experts to be found, bar none. Safety and thorough attention to detail are paramount in Jay's operation. He is prompt and reliable, and his prices are extremely reasonable. Every member of his group is courteous and their cleanup of the property following the work is exemplary. It has been a true pleasure doing business with Jay!

Arbor Authority is on Point! Second time since I purchased my home since they have helped me take care of my tree issues.

Positive: Professionalism, Punctuality, Quality, Responsiveness, Value
I have been using Arbor Authority during the past 12 years with the last use during May 2021. I have had trees saved and removed, stumps ground up, and pruned. Every time I was 100% satisfied with the experience to include the cost, work and clean up. Jay Hobson and his crew know what they are doing. They are safety conscious and hard workers. It has been a true delight dealing with Arbor Authority and would recommend this tree company.

Positive: Professionalism, Punctuality, Quality, Responsiveness, Value
Jay and his team does awesome work. They took down 7+ trees in my yard. They ground the stumps down and did a great clean up. I would recommend AA to any one who needs tree services. A great guy Thank you Jay!!